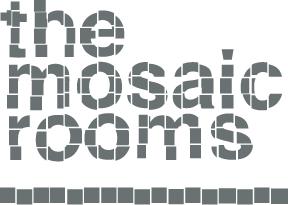 This first solo exhibition in the UK of this influential Egyptian modernist painter, Hamed Abdalla (1917-1985) ARABÉCÉDAIRE explores Abdalla’s extensive archives and library, looking at him as an artist, researcher and activist. The title of the exhibition, rooted in the French word ‘Abécédaire’ (a visual alphabet primer) highlights Abdalla’s concept of the ‘creative word’: written words and talismans expressed in paint, blending abstraction and human forms. Abdalla painted some words repeatedly in his work, experimenting with different ways of expressing this creative word. The exhibition uses six words that were significant to the artist, to examine the development of his visual language and political ideas (LOVERS, NUBIA, REVOLUTION, CAVES, LETTERISM, KLEE).

ARABÉCÉDAIRE will explore Abdalla’s journeys, between Cairo, Copenhagen and Paris, with connections extending to the European CoBrA group and the non-aligned and pro-Palestinian movements. Through mapping and archival displays it will show Abdalla as a kind of visual archaeologist of ‘Arabness’.

This exhibition is the first in a special programme celebrating the tenth anniversary of The Mosaic Rooms. It forms the first of a three-part series curated by Zamân Books & Curating entitled Cosmic Roads: Relocating Modernism presenting important modernist artists from three countries, Egypt, Iran and Morocco.