Born in 1935, in Tangier, Morocco, Mohammed Chabâa was a pioneering artist and a leading figure in the Casablanca Art School. He played a significant role in the emergence of  Morocco’s post-colonial cultural shift.
After attaining his diploma from the National Institute of Fine Arts in Tétouan in 1955, he pursued further studies at the Academy of Fine Arts in Rome (1962–64). On his return to Morocco, Chabâa got together with Farid Belkahia, Mohamed Melehi and others to reform the teaching system of the Casablanca Art School. Chabâa also advocated the integration of arts and crafts into urban spaces through his mural projects, his participation in group shows such as ‘Présence Plastique’ (1969–71) and his interior design firm Studio 400 (1968–78). As the graphic designer for the magazine Souffles (Anfas) (1966–72), Chabâa was a driving force to the development of its visual activism. His pictorial works are distinguished by his use of hybrid forms, which alternate between lyrical, gestural and geometric abstraction.

The artist’s works can be found in the collection of the Bank Al-Maghreb, Al Mada Foundation, the Mohammed VI Museum of Modern and Contemporary Art and at the Ministry of Culture in Morocco; and in the Barjeel Art Foundation Collection in Sharjah, United Arab Emirates. 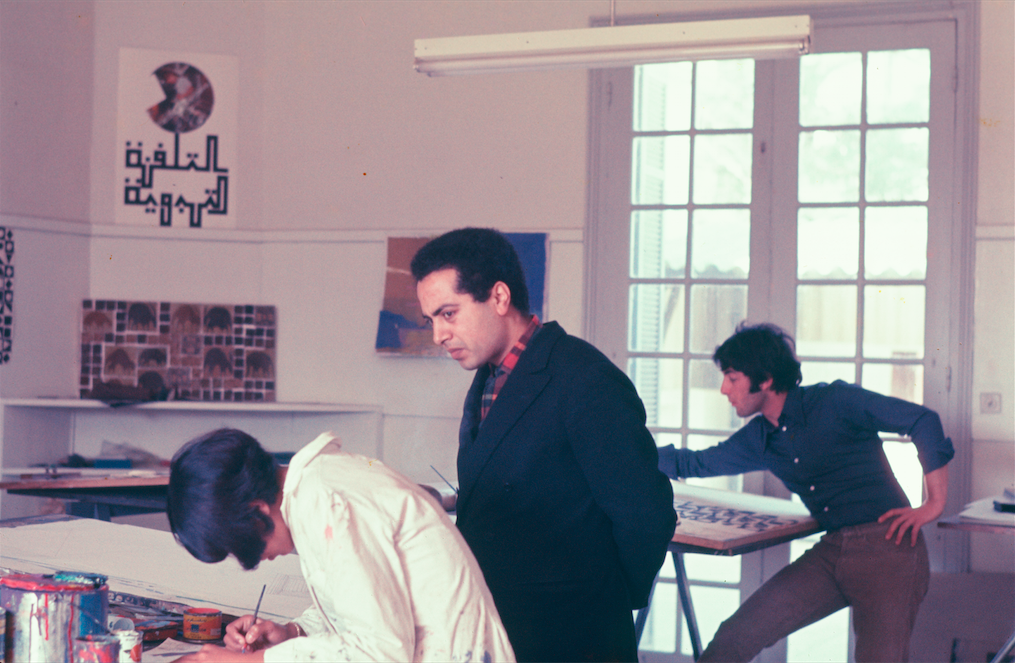